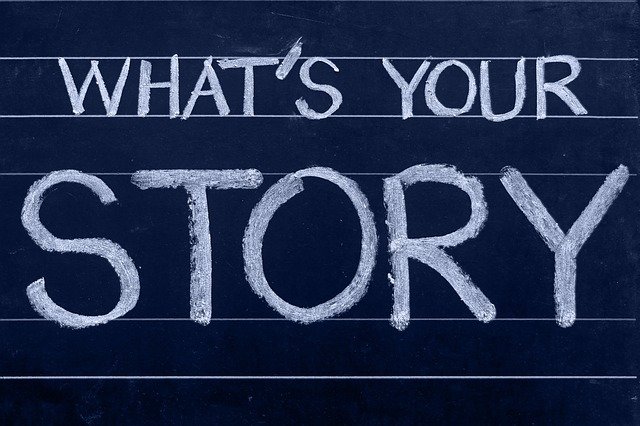 What is your inspirational story that you can share with the world?

Do you have a story to tell?

Throughout the years, I have used the blog section here on my website to give you tips and tricks on leadership, personal growth, and motivation.  This week on the #CJJblog I wanted to switch it up a bit and share a story with you that changed my life forever.  Many of you know it already, or have heard bits and pieces through the years, but here is the story of Jason McElwain and how on one snowy night in February of 2006 in Rochester, NY, his dreams came true.  Enjoy.

What is your inspirational story?  I was fortunate to be part of an inspirational story that I want to share with you that went around the world.  The year was 2003 and I had a young man come into our basketball program.  He was on the autism spectrum and was also learning disabled.  His name was Jason “J-Mac” McElwain.  Jason had a dream to play in the basketball program at Greece Athena High School where I was the varsity coach.

In 2003, he tried out for the JV team and after a few days of tryouts, my JV coach came to me and said that Jason was not a very good player but had a huge heart.  He wanted to keep him in the program as our JV team manager and that is exactly what he did.  During that season, Jason started to develop a great band with the rest of our team.  In fact, it warmed my heart when Jason was on the bench during the JV game and would get so disheveled and fired up, after the game, one of my varsity players would have to fix his tie for him.

During Jason‘s sophomore season, the JV team and the varsity team had successful seasons.  As the varsity coach, my downfall was we kept losing deep in the NY State sectional playoff tournament.  In fact, going into Jason sophomore year, we had lost four straight times in the sectional semi-finals.  The furthest we had gotten at the end of Jason‘s sophomore season, when the varsity made to the semi finals again.  We unfortunately blew a 10 point lead and lost for my fifth time.  We were devastated, but that did not stop J-Mac, in fact he would come to all our off-season workouts and he was getting better every day.  His goal was to make the varsity as a Junior, but when he tried out for the varsity the next year I brought him in after a few days of tryouts and had to deliver some bad news.  I had to tell him that unfortunately, he was not not quite good enough to make the team, but I would like to offer you the team managers job for the varsity position.  Jason quickly accepted that role and made an instant impact.  In fact, in our first meeting, he stood up and said “Coach I want to share a mantra with the team… We are going to stay focused and help you when your first Section V championship this year.”  We had another good season, but lost in the sectional semi finals for the sixth time in my career, this time losing at the buzzer to our crosstown rival.  We were devastated, but that did not stop J-Mac.  He was more bound and determined to make the team as a senior.

Sure enough, Jason tried out for the team for the third time his senior year.  After a few days of tryouts, I brought him in and shared with him that I had some good news and some bad news.  Jason asked for the bad news first, so I told him unfortunately, he was not quite good enough to be on the team, but that I had some good news as well.  The good news was I was going to offer him a uniform for senior night and hopefully get you in the game.  He was quite excited about that idea, to say the least.  He would ask me about that uniform periodically (every other day).

We were expected to have a great team Jason’s senior year, but after our first two games, adversity struck.  Our team went into a tailspin, losing three of our next five games.  Fortunately, we had a powerful team meeting after Christmas and we finally started to play much better.   We won seven out of the last eight games going into Senior Night.  Senior Night is always special for me because we honor all the seniors before the game and bring out their parents and guardians who supported them throughout their basketball careers.  This night was profoundly special because I got a chance to see Jason embrace his parents in uniform instead of his white shirt and black tie.

The game begins and I was hoping I could get Jason in sometime during the fourth quarter.  I got all the Seniors into the game and with just over four minutes to go, I gave Jason his first opportunity to get into a varsity basketball game.  What I didn’t know was when Jason walked onto the court, our student body (we called them “the sixth man”) had pictures of J-Mac’s face plastered to sticks, in anticipation of him playing.  I was so profoundly touched that I sat down, put my head in my hands, and started to cry.  The first time Jason touched the ball in his first varsity basketball game, he shot a three pointer.  This was the moment we have all been waiting for! …But it missed by about six feet.

I know you’re not supposed to pray in the public schools, but I prayed – “Dear God please help him just get one basket.”  Well his next shot was much closer – hit the backboard – but still a miss.  I thought God was starting to listen at least.  The third possession, Jason got the ball at the right wing from behind the 3-point arc, he let it go… SWISH!  The place went crazy and I thought God must be a basketball fan after all.  At least J-Mac made a basket.  He has made a three pointer in a varsity basketball game, it can’t get better than this, right?  Wrong.  For the next three minutes, J-Mac turned onto his boyhood idol, the late, great Kobe Bryant and he started making shot after shot.

One thing I will never forget, with about a minute to go, I’m sitting on the bench, tears still rolling down my face, when I get a tap on my shoulder.  It’s J-Mac‘s mother, she’s crying her eyes out.  She embraces me and says “Coach, this is the best gift you could ever have given Jason.”

Of course, as the game ending, with about 10 seconds to go, Jason nails a 25-footer from NBA range.  We took the ball out of bounds and threw it right to J-Mac.  He’s dribbling down as the clock is ticking down…  Seven, six, five… and Jason pulls up well beyond the arc.  I thought to myself “Jason, don’t shoot that, it’s way too far.”  This magical night wouldn’t end any other way… Swish.  I look over and the next thing I knew, I thought I was living the movie Rudy.  All the students in the stands rush onto the court and along with his teammates, put J-Mac on their shoulders chanting his name.  Our public address announcer came on and said “the leading scorer for the Trojans tonight, J-Mac with 20 points” incredible.  I also want to give tremendous credit to our opponent, Spencerport High School, their coaches and players, for being such good sports and being part of this magical evening.

Want more on Jason?  HERE is the full video on YouTube.

Did You Know?  Coach Jim Johnson spent some time last month with Dr. Rehnuma Karim, of Heroes For All, Inc. discussing how you can apply the infamous 7 Habits of Highly Effective People into our daily lives.  You can watch the video HERE.

Life Tip #75:  Develop a philosophy that you will always do your best, have an outstanding work ethic, and keep a positive attitude every day. 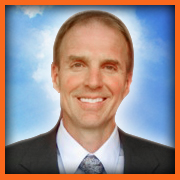